The world suffocates with pedophilia. Time and again, former convicts, personal coaches, businessmen, sportsmen, teachers, doctors and even priests sink in juicy scandals. Pedophiles are on your doorstep. So, lawyers recommend parents to keep an eye on the life of their children and apply to the police immediately after they have suspected any misconduct towards their children, unless they want to be too late.
However, this filth cannot be exterminated efficiently. What’s wrong, then? It turns out that normally it is hard to prove any fact when a lusty guy uses sweets or computer games to decoy a child and then touches the child’s private parts or goes even farther.
After the Immigration Service in Denver (applied through Law Office of Stain Epshtain) denied in May 2016 the application for the extraordinary visa, Viacheslav  Shyrshov created the fake story and applied for REFUGEE status in California.
Viacheslav (“Slava”) Viktorovych Shyrshov (Ukrainian: В’ячеслав Вікторович Ширшов) (born July 9, 1979) is a freestyle swimmer from Ukraine, who won the gold medal in the men’s 50 meters freestyle event at the 2003 Summer Universiade in Daegu.  As of today, living in Roseville (near Sacramento), California and continues kids training activity, participated in U.S. Master Swimming (Spring 2018) as a member of Life Time Swim Pacific (LTPC) (Life Time Athletic (Fitness) Roseville). Also, now he is positioning himself as a Coach of Master Swim Classes (18+) at Life Time Athletic Club (Roseville, California),
and providing kids training in two different locations: Rancho Cordova, at 11335-B Folsom Blvd and Roseville, at 2501 Eureka St. Look it up at his Slava Swim Swimming School site.

As a rule, such moral monsters leave the court unpunished. If even a case arouses a massive public uproar, a wrongdoer would move to another place of residence and would proceed with his/her usual filthy practices… while continuing teaching at the school, treating patients at the hospital or coaching children at a children’s sports school.
Our journalists have collected all pedophile cases in Ukraine and worldwide, as well as opinions of parents and experts. Specifically, they have addressed the case of the CSKA (Army Central Sports Club) Kiev Swimming Pool former coach, Europe swimming ex-champion Viacheslav Shyrshov, who, without giving a second thought, nestles down on the lap of a 10-year old girl, then posts the picture in the social media, although deletes it soon.
So, what is pedophilia, how should we act towards such perverts and how far is the last straw when such beasts need to be castrated on the spot? The network is swarming with unthinkable perversions. Having come across a photograph posted by the CSKA metropolitan department ex-coach Viacheslav  Shyrshov (born 1979 ) (aka Vyacheslav Shyrshov), we, together with our lawyers, have commenced our investigation whether this case has any traces of pedophilia and where the borderline lies.
The photo pinned up on his page in the social media looks, at least, queer. Soon, it was deleted by the author. In the picture, the coach is sitting on the lap of a girl… who has recently turned 10.
“Our child visited the swimming group for a few months. In general, she was satisfied. However, one fact made me uneasy…” father Boris (who asked to change his name) says. “I got on the Facebook, on the coach’s page, to look through the pictures of sports events. And I saw a photo there where he was sitting on the lap of a girl. I was shocked. Unspeakable! How could he behave like that? Then I talked to other parents and they interrogated their children. It turned out that Viacheslav had made such things before… Now, my child visits another swimming pool, and the coach has quit, I’ve heard.”
The journalists have gathered some information about the coach. It appears that, one and half years ago, the Europe swimming ex-champion Viacheslav  Shyrshov, 39-year old sportsman was the CSKA Swimming Pool (now known as Dolphin Swimming School) Deputy Director. Recently, he migrated to the USA. The parents believe that he did so because of the alleged-pedophilia scandal.
We have found out that before leaving Ukraine, Viacheslav  Shyrshov received a certificate of the 1st-Category Arbiter. The website of the Swimming Federation confirms this fact, too.    Nowadays, the pedophilia suspect, Viacheslav  Shyrshov, lives in Roseville (near Sacramento), California. In 2015, he applied for changing his tourist visa for an extraordinary visa which provides an opportunity to receive, in the future, a residence permit (Green Card). Maybe, he did so in order to avoid any questioning by the police in this country?
The mentioned sportsman intended to become legalized in the USA, to obtain a work permit and to get a job of a local swimming school teacher or to be a personal trainer, but the authorities declined the application filed by Viacheslav  Shyrshov for changing his status from a В1/В2 tourist visa holder to a holder of an immigration visa.
Apparently, his sports achievements were not so impressive. It became known that while providing the documents for changing his status, Shyrshov submitted a FAKE certificate of the National Category Arbiter. As is mentioned above, he held a first category certificate only. However, the runaway “pedophile” gives private swimming classes to children, while having obtained neither specialized licenses nor even a work permit in the USA. He publishes fake advertisements (2015- 2016) in the local newspapers and magazines that he is a champion and a certified sportsman. After Immigration Service in Denver (Applied through Law Office of Stain Epshtain) in May 2016 denied the application for the extraordinary visa, Viacheslav  Shyrshov created the fake story and applied for REFUGEE status in California. AGAIN FRAUD. By California LAW, for that kind of actions, he can be committed to a prison for several years and deported from the country.

By the way, California is an undeclared Mecca for pedophiles. Back in the 90s, there were ca. 16 thousand pedophile convicts and about 200 of them were released from prison on a daily basis, most being castrated.

Let us ask what parents think

Are parents able to recognize a pedophile? Do they discuss this subject with their children? What kind of penalty is to be applied? At first, we interrogated 12 families, and this is what they say. 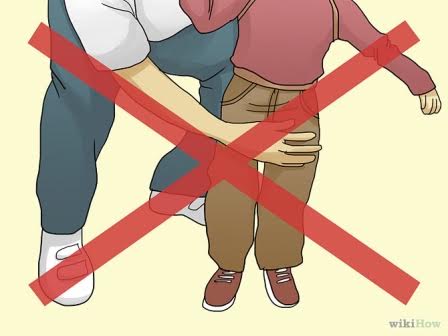 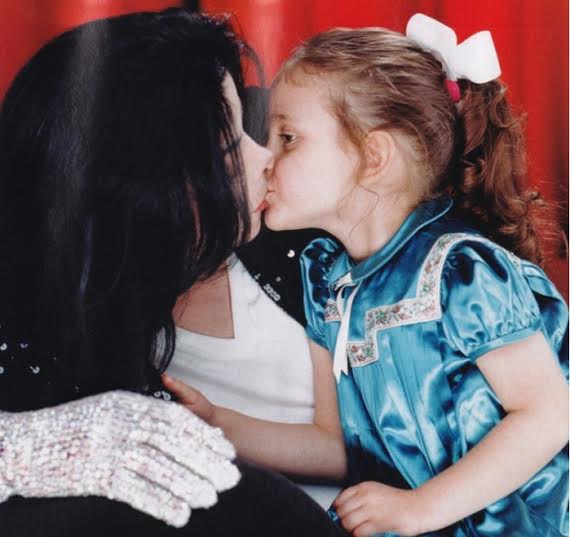 Despite his global popularity, the most famous US pedophile was pop king Michael Jackson, now deceased. It is asserted in the judicial documents that he arranged the so-called secret wedding ceremony, where the bride was a 9-year old boy. Later, the pop king paid the boy’s father hush money in the amount of one million dollars, – InoPressa reports. Jackson was accused of sexual abuse by then grown-up James Safechuck, whom Jackson solicited when he was a child. Also, there was a postmortem harassment-related accusation of Jackson by well-known choreographer Wade Robson. The man claimed that the pop king had been corrupting him from 5 to 14 years of age.
Speaking about “star-related” pedophilia, we cannot but mention that even Woody Allen was incriminated with sexual abuse. The foster daughter of the famous film director, Dylan Farrow, wrote an open letter to the New York Times, where she accused her father that he had been corrupting her since 7 years of age. However, she did not specify how he had done it.
Speaking about pedophilia among showbiz persons, the lecherous and bohemian mode of life of the majority of the so-called stars is not so abysmal for the public perception as compared to the facts of sexual abuse committed by the clergy; such facts force us to reckon how the moral values and standards have actually degraded.
One of the latest examples of the “clerical pedophilia” was the case when Russian priest Gleb Grozovski introduced his lascivious schemes at a children’s summer camp on Island Kos. In October 2013, a clergyman of St-Petersburg Eparchy (Diocese) was put on the international wanted list in connection with pedophilia charges. He was on the list until he was detained by Interpol in Israel one year later. Notably, the priest was actively involved in public life; he carried out HIV and AIDS preventive programs, was an instructor of Zenith football club and cooperated with SOS children’s village.
Yet, there are more “long-playing” examples of pedophilia in the clerical circles. In Germany, within the period from 1953 to 1992, 231 children from the Regensburg Boy’s Choir suffered from physical torture and sexual assault. Lawyer Ulrich Weber started an investigation of the case in 2015. He got in contact with dozens of the sexual abuse victims and with authorized executives. So, forty child abuse cases were associated with sexual imposition, including both physical caress and rape.
Among those implicated in the wrongful acts was Johan Meier, director of the primary school of Bavarian Boy’s Choir. By the way, the pedophilia case had been investigated in 1987, but the director had not been even removed from his office then. Mass media report that even brother of Pope Benedict XVI Georg Ratzinger knew about the facts of sexual abuse. Yet, he concealed them. By now, however, the limitation period for those cases has already expired, meaning that the victims now cannot go to court.
By the way, recently, the film Spotlight was released, based on the investigation by Boston newspaper correspondents. They unearthed the truth and collected a comprehensive list of Catholic priests who had corrupted children. Such priests have been spotted in Poland, Romania, England, USA and other countries. Their number exceeds 2,000 … pedophilic churchmen.
There is clear proof of the above-said… In June this year, Pope Francis stiffened the requirements to bishops in the Church moral purification domain. The Pontiff has issued the edict (epistle motu proprio), reading that the Catholic bishops who demonstrate “insufficient severity” towards the priests accused of corruption of minors may be dismissed from service.
In Ukraine, there are numerous cases of sexual corruption of children, too. This scourge is being disseminated, cynically and unscrupulously, by the TV through spectacular talk shows with the most notorious personalities involved in sex incidents. Moreover, judging by the viewing figures, such stories are in enormous demand among Ukrainians.
Among the most shocking stories, there was a story about a 14-year old girl, Oksana, who had been raped, on a regular basis, by her stepfather. Poor Oksana even delivered his son, Rostislav. The victim told the correspondents that her stepfather had been making love to her throughout all nine months of her pregnancy.
However, Oksana’s mother had used to defend her husband, forcing her daughter to lie to the social security officers and mass media people that that was her neighbor’s baby.
Furthermore, when the Ukrainian TV demonstrates such stories in the light of the crisis and family problems, the Internet mass media publications are peppered with the ads offering sex for money, affordable for more prosperous circles.
One of the most “known” Ukrainian pedophiles is the notorious and popular accordionist Igor Zavadski. The court has imprisoned him for 13 years. As a reminder, the worldwide renowned musician, together with his administrator and driver, depraved underage boys. In consideration for the common pastime and sex plays, the musician bought, for the children, mobile phones, footwear, and clothes.
The police decided to keep the artiste under around-the-clock surveillance after one of the boys had told the police how Igor Zavadski and his administrator had been depriving him for 3 years.
In the course of the search, the police also revealed a great number of porn videos.
Officially, the number of Zavadski’s victims amounts to six. However, mass media figure out another number, viz. 50 children. Such great difference between the official victims and the alleged victims is explainable by the fact that the parent seeks to protect their children from psychological pressure and stress.